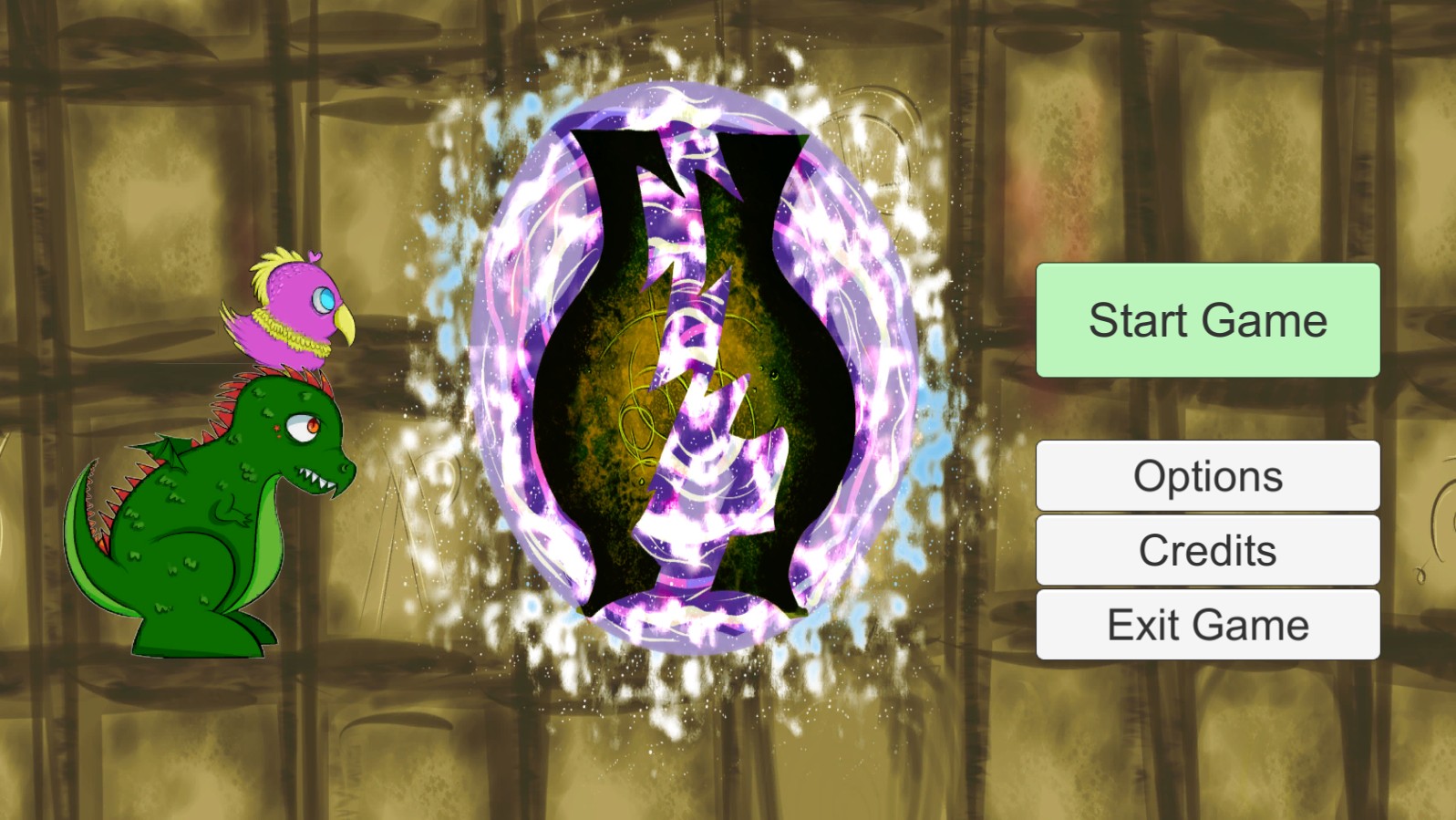 “Dimension Chaos” is about the two friends “Bubu” and “Dragon”, which broke a vase in a temple. That let to dimensional rifts opening and chaos. Now these two venture through portals to find the missing parts of the vase.

It is a asymmetrical coop puzzle game. Bubu as well as Dragon are played by different players and have different abilities.

While Bubu can only jump slightly, Dragon can temporarily fly. Dragon’s size is fixed, while Bubu can change his at any time. The bigger Bubu is, the faster he walks, but the weaker he is. Generally, Bubu is stronger than Dragon and can push most obstacles in the world. Last but not least, Dragon can breathe fire, to burn away objects like trees.

All puzzles are created in a way that both players have to work together and use their different character-specific skillsets.