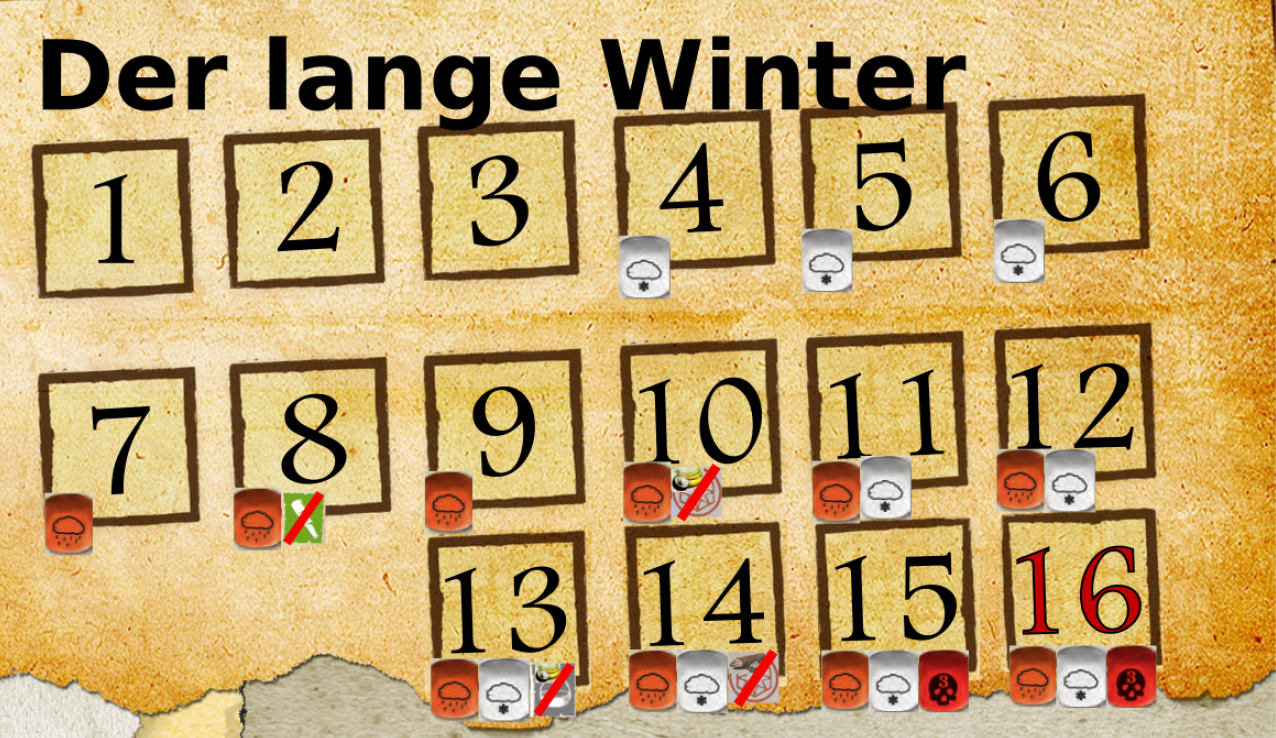 As the original board game does not have particularly many game scenarios, I decided to write my own.

There are five so far:

The scenarios were played among my family. They are not considered finished but rather in a beta state, as further balancing tweaks might be necessary.